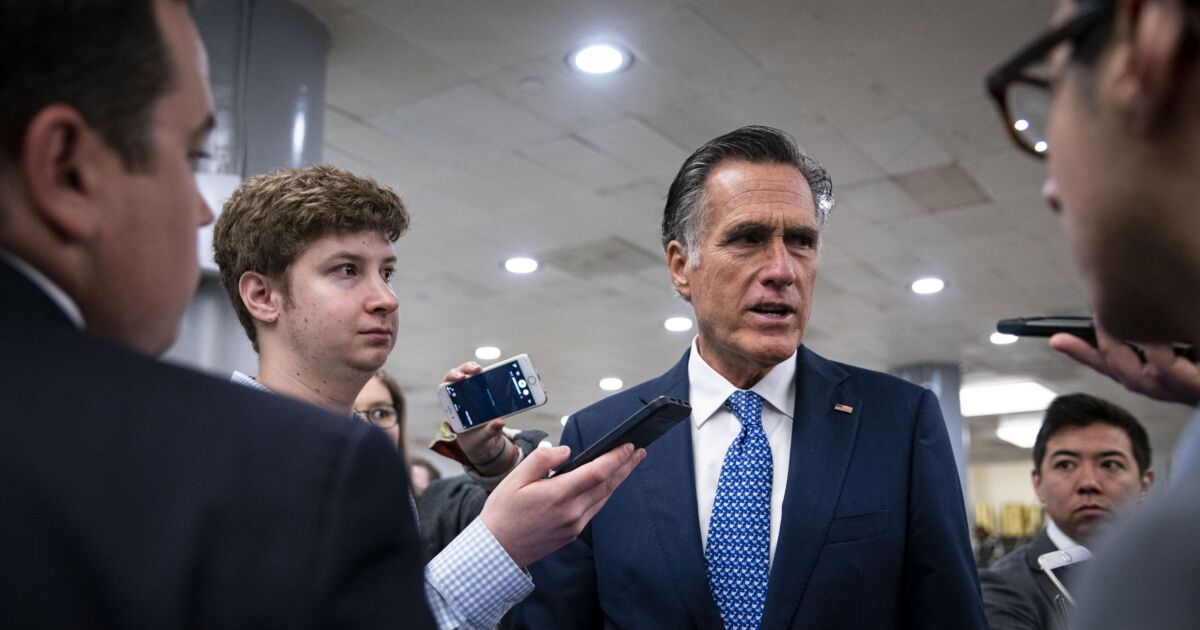 Republican and Democratic senators said Thursday they’re open to considering the first change in the national gasoline tax since 1993 to help fund a bipartisan infrastructure spending package they plan to propose to President Joe Biden.

Indexing the gasoline tax — currently 18.4 cents per gallon — to a measure of inflation has been discussed by a bipartisan group of senators working on a compromise plan, according to Mitt Romney, a Utah Republican who’s taken a leading role in those talks. But the White House has rejected indexing as a tax increase on the poor and middle class, according to a person familiar.

“It keeps it at the same value that it has today,” Romney said of indexing the tax.

Disagreement over how to pay for the biggest infrastructure bill in decades contributed to the breakdown in Biden’s direct talks with GOP senators led by Shelley Moore Capito earlier this week. The focus of bipartisan negotiations has now shifted to the group including Romney, though some Democrats are eager to get moving on a go-it-alone strategy.

Dick Durbin, the No. 2 Senate Democrat, said Thursday he’s in favor of indexing the gas tax. Even so, the White House has made it clear to lawmakers that such a measure, as well as any discussion about an electric vehicle mileage tax, would violate Biden’s red line of not raising taxes on Americans who earn under $400,000 a year, and cannot be part of any package, according to the person.

“I’ll take a look at it,” Jon Tester, a Montana Democrat who’s a participant in the talks, said with regard to indexing the tax. “The trust fund is in terrible shape,” he said. Gas tax revenues go to a dedicated fund that’s used to pay for roadway and transit costs.

Asked how much money indexing the gas tax would raise, Romney said “not much,” without specifying a figure.

Romney separately said that the bipartisan group has reached an agreement on a top-line figure for the infrastructure package, without specifying to reporters what that number is. Fellow Republican negotiator Bill Cassidy of Louisiana said the agreed number covers five years. However, Tester and West Virginia Democrat Joe Manchin said they were still reviewing the terms of the deal.

Meantime, White House officials met on Thursday with Democratic senators working on a bipartisan agreement. “Some questions still need to be addressed, particularly around details of both policy and pay-fors,” White House spokesman Andrew Bates said. Cabinet members and senior White House staff will “work with the Senate group to answer those questions as we consult with other Members in both the House and the Senate,” Bates said.

Biden’s most recent figure was $1.7 trillion in the talks with Capito, down from an initial $2.25 trillion for his “American Jobs Plan.” The Capito group had proposed $257 billion in net new spending above amounts that Congress was expected to approve for coming years.

Senate Finance Chair Ron Wyden, who’s not been engaged in the bipartisan infrastructure talks, said he would look at any gasoline tax indexing proposal before commenting. He noted that Biden has a “reservation about this as a regressive tax” and highlighted the Democratic view that corporations are underpaying taxes now.

“The question is how is the money to be raised and is it going to be done in a fair way,” Wyden said.

Biden has pitched tax hikes on companies and the wealthy to pay for infrastructure spending, which the GOP rules out.

The last gasoline levy increase came under Bill Clinton’s administration, in a broad 1993 package of tax hikes aimed at reducing budget deficits at the time. It squeaked through without Republican votes.

Chuck Grassley, a veteran Iowa Republican, said Thursday about indexing the levy, “It’s better than increasing the gas tax and it has a better chance of getting done.” He also said that if that had been done in the early 1990s “we wouldn’t be in the situation we are in now.”

— With assistance from Justin Sink and Nancy Cook