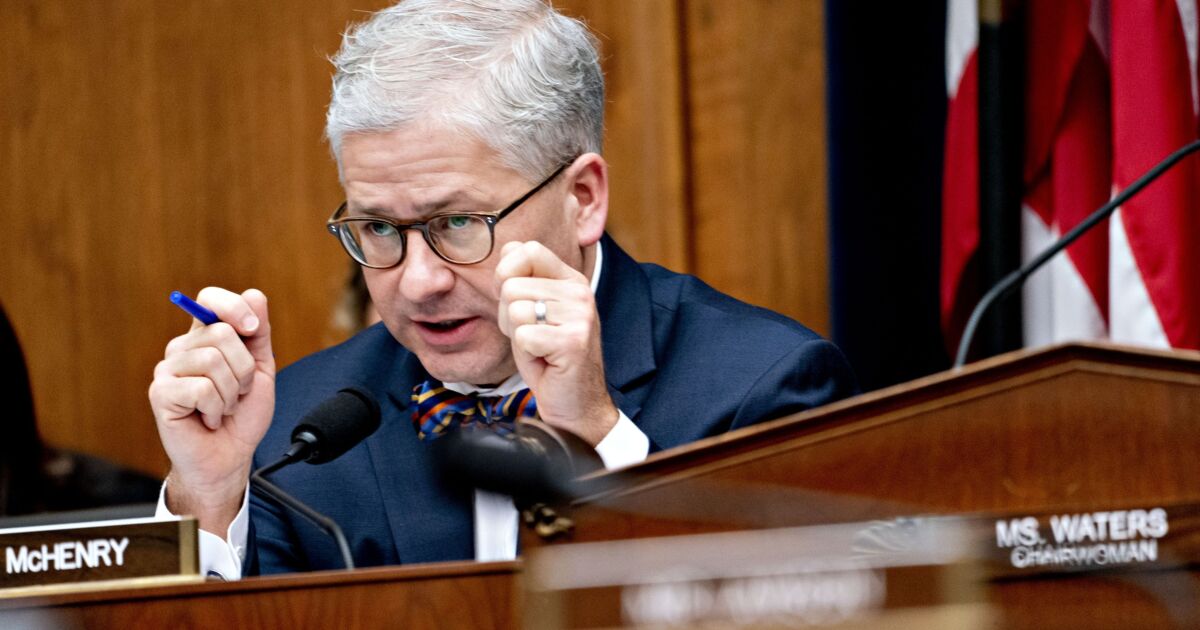 The senior Republican on the House Financial Services Committee said he’s opening an investigation into the firing of the leader of the U.S.’s audit watchdog.

In letters sent Tuesday, Rep. Patrick McHenry dismissed the move by the Securities and Exchange Commission as “partisan” and an “unprecedented attempt to politicize” the Public Company Accounting Oversight Board. He asked the SEC and PCAOB to preserve all documents related to the dismissal of William Duhnke, the board’s chairman.

Duhnke, a former aide to Alabama Republican Senator Richard Shelby, was appointed to run the PCAOB in late 2017 when the SEC under Donald Trump appointee Jay Clayton dumped the entire board. The SEC announced Duhnke’s termination June 4 after a pressure campaign by progressive Democrats and investor advocates who argued that the PCAOB had been defanged during the Trump administration. The SEC also said that it’s seeking replacement candidates for all five of the regulator’s board members.

The SEC’s two Republican commissioners opposed Duhnke’s ouster, which they labeled “hasty” and a “troubling precedent.”

A spokesman for SEC Chairman Gary Gensler didn’t immediately respond to a request for comment on McHenry’s letter. In an interview with The Wall Street Journal earlier this week, Gensler said that he didn’t think “the PCAOB was living up to its potential or mission.”

–With assistance from Ben Bain