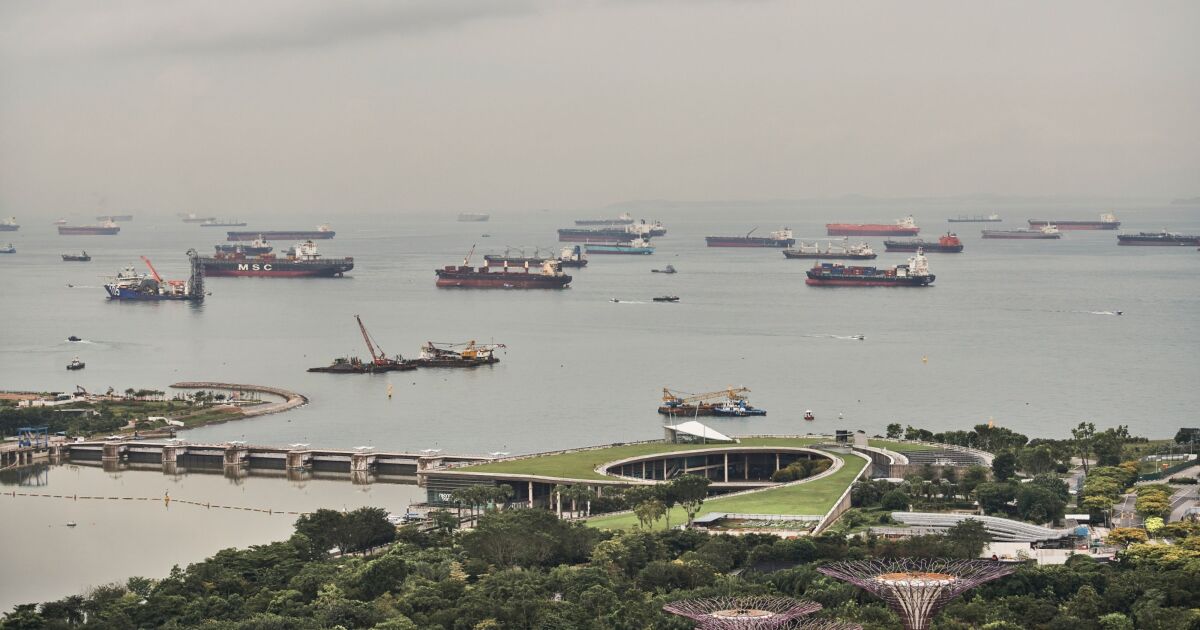 A failed oil trader in Singapore that owes creditors more than $3.5 billion is suing Deloitte & Touche LLP, alleging the auditing firm failed to detect “serious irregularities” in its financial statements for more than a decade.

Deloitte audited the books of Hin Leong Trading Ltd. for at least 16 years before the firm collapsed last year when founding tycoon Lim Oon Kuin admitted trading losses of $808 million weren’t reflected in the firm’s financial statements, according to a court filing.

“Deloitte failed to detect the irregularities and the material misstatements” in Hin Leong’s financial affairs, a March 5 lawsuit filed with the High Court of Singapore alleges. “Deloitte acted in breach of the terms of its engagement with the plaintiff.”

A representative for Deloitte said the firm is unable to comment on legal matters that are before the court. Drew & Napier LLC, the law firm representing Hin Leong in this case, declined to comment.

In a statement last year, Deloitte said its audit of Hin Leong’s accounts “was performed with the highest standards of audit and compliance with the information made known to us at the time.”

“We stand behind the quality of our work,” a Deloitte spokesperson said in the April 2020 statement

A hearing is set for next week in the case.

The oil trading firm began to unravel last year following wrong-way energy bets that eventually led to one of the biggest collapses ever in the Asian city-state. The trading losses triggered demands for loan repayments by more than 20 banks, including London-based HSBC Holdings Plc and Singapore’s DBS Group Holdings Ltd. The case also prompted several major banks to review their exposure to commodities trading.

According to the suit, Deloitte audited and issued “unqualified opinions” for Hin Leong’s financial statements for each of the fiscal years from 2014 through 2019. The firm had in fact been insolvent since at least 2012, and the assets were overstated, the suit claims.

The New York-based auditing firm signed off on Hin Leong’s 2019 financial statements, which reported a 69% profit increase from the previous year, to $78.2 million. The report dated March 12, 2020, showed assets of $4.6 billion. A month later, Hin Leong was placed in interim judicial management, claiming liabilities of $3.5 billion and assets of just $257 million, according to the suit.

“Had Deloitte carried out the audits of the plaintiff’s financial statements properly, Deloitte would have detected the material misstatements,” and would not have issued unqualified audit opinions, the lawsuit alleges. As a result, “the fraudulent trading and unlawful actions by the directors and former managing director” of Hin Leong would have been discovered much earlier.

Lim, 79, has been charged with forgery. Assets, which include bank accounts, properties and club memberships — and those of his two children — have been frozen by the court. Lim has denied the forgery claim.

Hin Leong was run by court-appointed managers Goh Thien Phong and Chan Kheng Tek since April 2020, and was put into liquidation in March this year.

The suit adds to a spate of woes for global accounting firms following scandals. Deloitte paid $80 million to Malaysia this month in a settlement over the firm’s audit of the state-owned 1MDB fund. The firm said in 2018 that it was co-operating with Malaysian authorities and stood by its work.